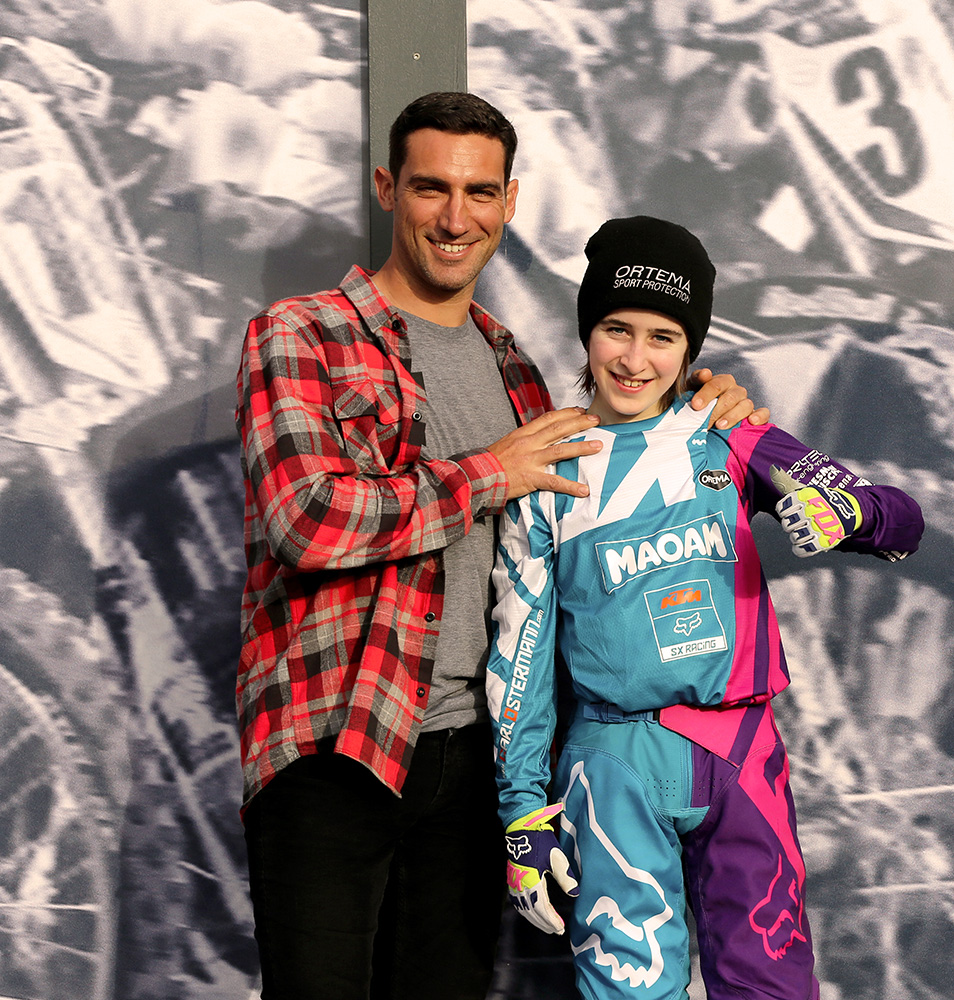 Seb Tortelli, two times WORLD CHAMPION and US SX Main event winner, takes over the role as personal rider coach for the 12year old Carl Ostermann. Carl, who was trained for more than 6 years by Collin Dugmore made a huge progress in his last 2 SX only seasons, now is the time to build on this.

Seb, who was living for almost 20 years in the US and just returned to Europe, brings the SX experience that nobody else can provide right now in Europe. Linked to the US and European SX series he’ll also select the best races a 85-rider can do in SX from now on. He became the puzzle piece which was missing right now to elevate the next step in the career of Carl.

The cooperation will start this month with first riding and guiding sessions, as it is clear to elevate not only the riding skills but also the mental coaching for riders at this young age. Main focus on practice will be the edirtArena in Bonn + SX Tracks in France and at the home base of Seb close to Barcelona.

“This is a great challenge that I’m really looking forward to. In Europe it is still very unusual for youngsters at this age to engage so fully in Supercross. That’s what makes this project so special. Carl is technically very advanced for his age and speaks English fluently. The excellent training conditions in the edirt arena and the flexibility of spending parts of the year in France and Spain make this an ideal opportunity for Carl to make it to the top of the SX3 class within the next two years.”

“Meeting Seb at the FOX Sales conference, where he attends as already long time brand ambassador for FOX, we got the opportunity to talk about the idea “SX only” and Carl –Seb was excited about this project. As in each sport and business – from time to time you need a new inspiration to reach the next level – exactly this was the injection the surrounding of Carl was looking for.”

“I’m delighted that Carl has the possibility to work with such a well-known trainer.  It’s an incredible opportunity: Sébastien is an SX legend even in the US, and one of the few who could challenge Ricky Carmichael. Shifting the focus to France is certainly a good move, which makes it easier for me to see him go. It’s an emotional farewell, but for corner speed and driving performance Carl will still need MX training sessions and in this field I will go on working with him whenever it matches.”