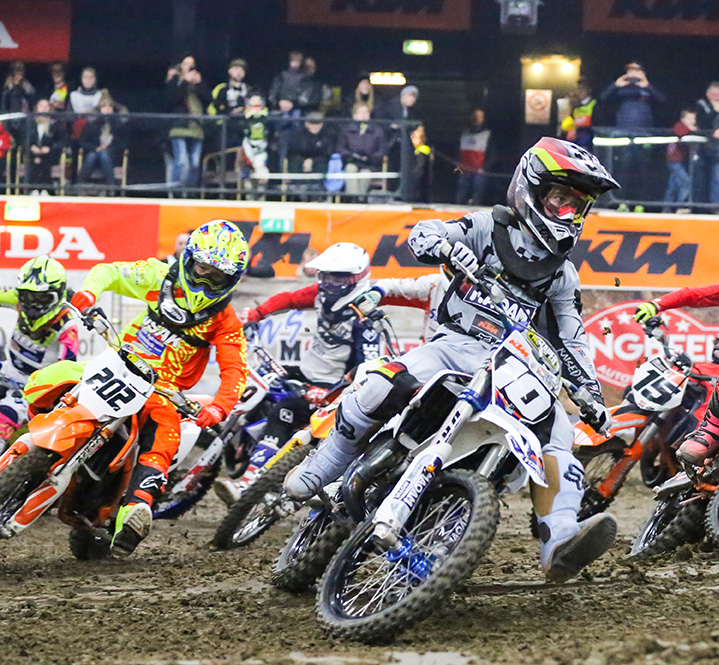 After two victories on Saturday and Sunday respectively, the Fox youngster Carl Ostermann proved his worth with a paramount performance to open the Supercross Indoor Season in Zuidbroek, Netherlands and is now the 2017 Dutch Champion in the 85cc class.

Despite a number of spills and injuries among the leaders in the group, Carl did not let anything break his concentration and securely brought home a sure win.

“I’m more than satisfied with Carl’s performance. His maneuvers were clean and he didn’t need to push himself to his limits. This skillfulness and competence carries a high significance in supercross. Of course, we have a few things to work on, but at this stage we‘re on the right track.”