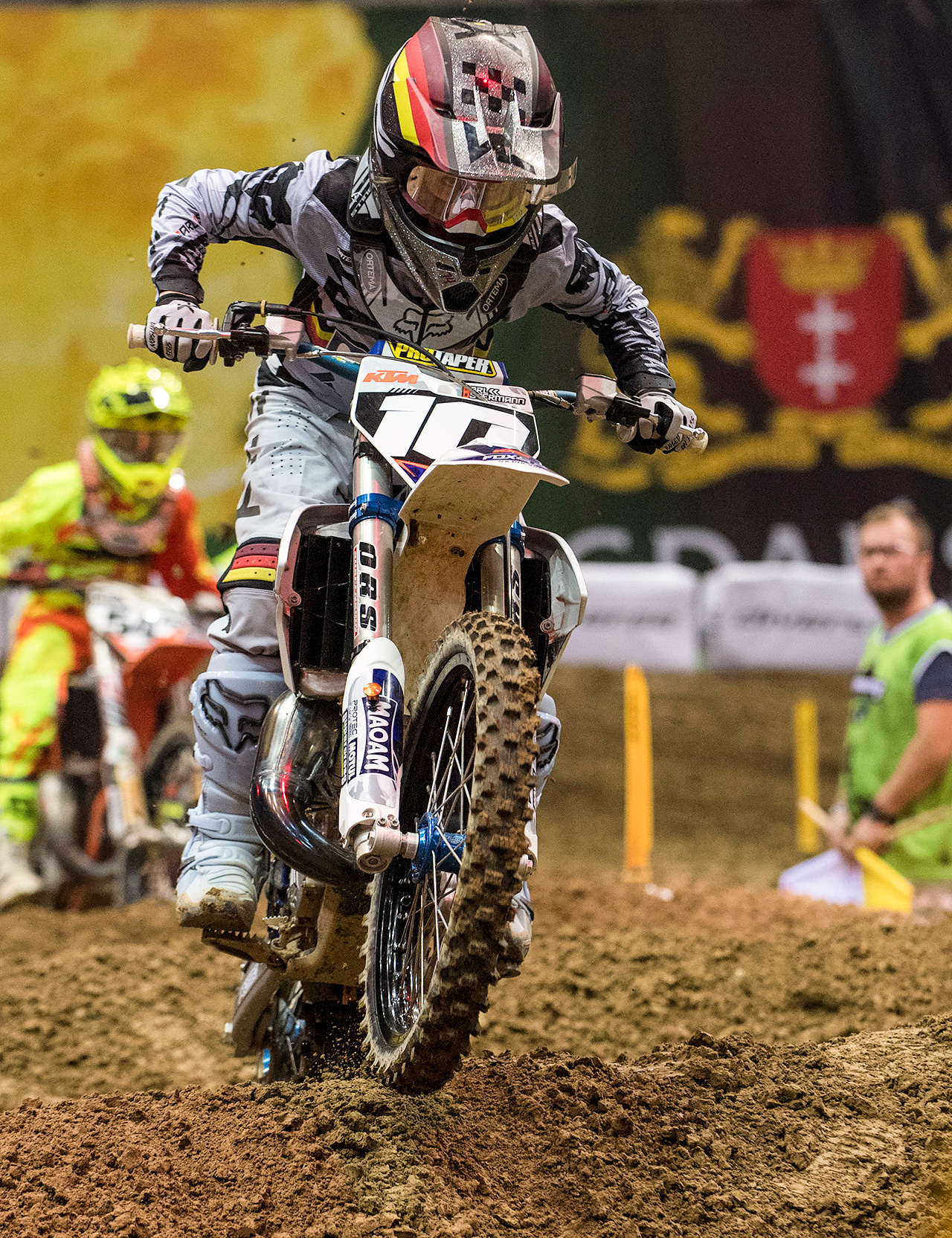 After two very close and spectacular final races, the FOX youngster Carl Ostermann snapped up his first FIM title on Saturday at the European Supercross Championships in Gdansk, Poland.

The 13 year-old from Bonn had to battle it out on a soft and scrappy track right up until the last second against his toughest rival Nick Dohmann to keep in check. It was racing at its best, with everything that goes with it. For the 6000-strong crowd and also the whole team, it was pure adrenalin in the almost sold-out ERCO Arena.

Carl after his victory:

“The track was really soft and I had to adapt to the ground conditions. In the second race I managed it better and better thanks to Seb’s tips, and in the end I ended up way out in front. No-one had expected it, but that’s racing! Thanks to Seb, Helge, the whole team and all the sponsors. I can’t really believe it myself yet.”

“The conditions were not easy and Carl did a great job! He has been working really hard to prepare this 2017 SX season. I am very proud of him for winning the 2017 European Championship. It’s amazing to start the season with a championship title in his hands. I know it will bring him confidence and that is important for the next step we want to go with him.”