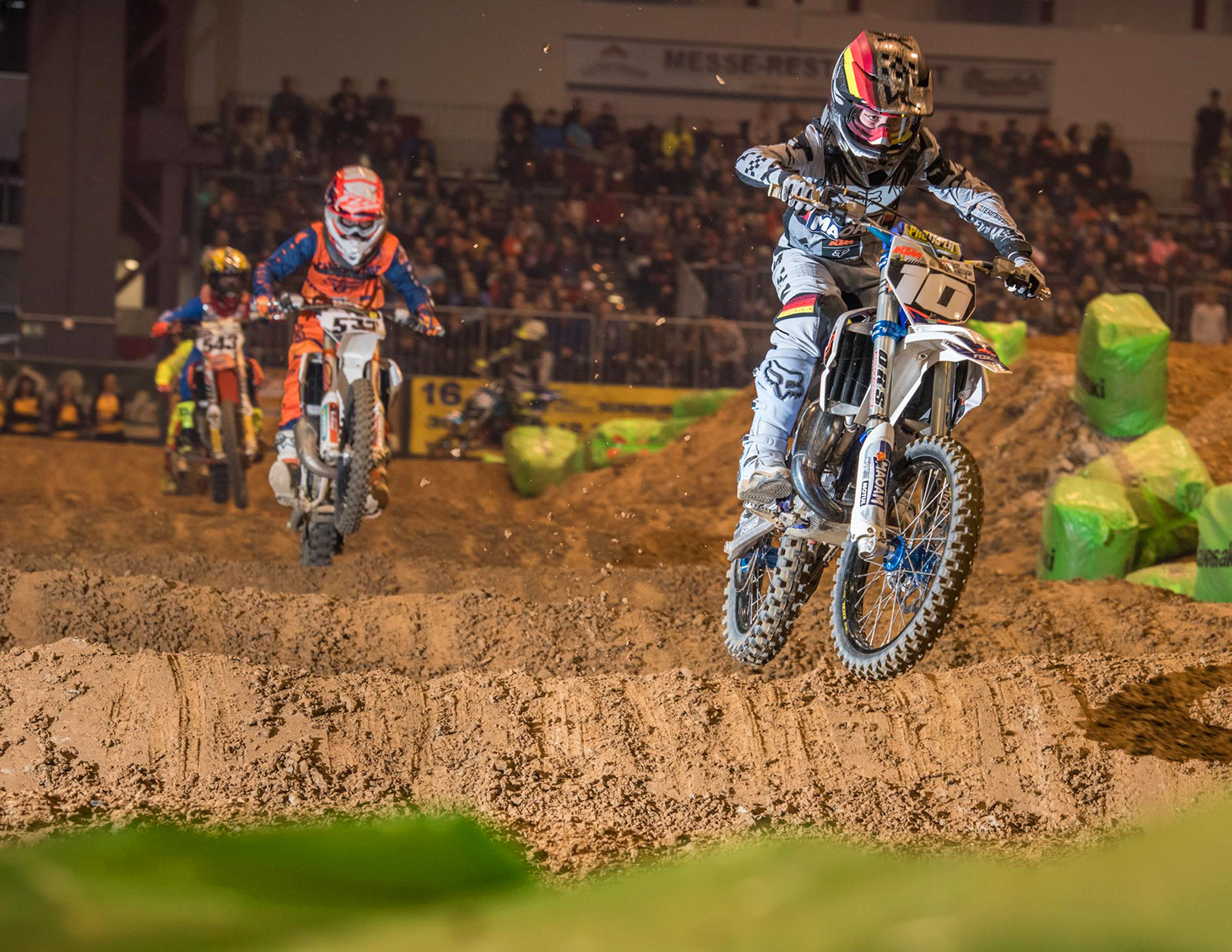 The FOX-Youngster Carl Ostermann proved his worth in every possible way, leaving nothing left to win. Securing two wins in the final races on Friday and Saturday, plus the overall win at the International ADAC Sachsen Supercross, earned him pole position in the overall rankings of the ADAC SX Cup. The last race weekend of the year could not have been better!

Carl after the second race:

“After the messed up start at the SX Cup in Stuttgart, these two wins were really important. Now the competition is open again and I’ll go to Dortmund as leader! It’s a good feeling and I’m really looking forward to my Home-Game in the Westfalenhalle.”

“It´s great to see Carl on top of the box for the second stop of the ADAC series. The second consecutive night win gave him the red plate going to the final in January. I am very happy to see that he is carrying forward his moment from his European title. We still have a lot of work ahead and we will keep working hard for it.”